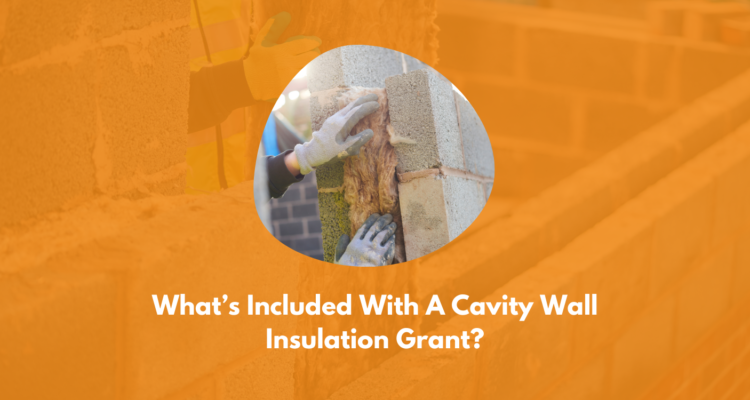 If you are considering reducing your energy bills while keeping your home warmer, you might want to consider whether you are eligible for a cavity wall insulation grant. These grants are designed to cover the entire cost of cavity wall insulation when having them installed professionally. Along with this, the property must also be owned privately or rented and occupied at the time that the survey takes place.

The grant funding comes under two grants which are known as the Energy Companies Obligation (ECO) and the Green Homes Grant Scheme from the government. Both will provide you with the opportunity to determine whether you are entitled for a cavity wall insulation grant.

Energy costs are continuing to rise and the rising costs are becoming difficult for people to manage. Therefore, cavity wall insulation will provide you with the opportunity to slash your energy bills because by not having it,  you could be losing as much as 35% of the heat you produce in your home. Along with this, on average cavity insulation will help households to save an average of around £145 per year.

What is Cavity Wall Insulation?

For those properties built between 1924 and 1982, the majority of them will have a cavity between the two layers of bricks that sit on the interior and exterior of the property. These cavities were not filled with insulation and that means that they are exposed to losing heat and from allowing cold air into the property.

However, a change to building regulations in 1982 meant that insulation was a requirement at the time of construction, although properties built prior to 1924 were built without a cavity. There were some properties built after 1982 that were not built with cavity insulation and the grants available can help with this although the property must have been built before 2005.

The majority of installers will use cavity insulation that is manufactured using shredded mineral wool or polystyrene beads that can help to reduce the amount of lost heat by 35%. With this in place, you can make significant savings and even reduce your carbon emissions by as much as 610kg.

This scheme from the government enables you to save as much as 66% on the cost of home improvements up to a maximum value of £5,000 or up to £10,000 if you are receiving benefits. This grant can help to make a significant difference to your bills and the comfort for your home.

To get your grant:

The Benefits of Cavity Wall Insulation - What You Get

When you opt to have cavity wall insulation installed, you will benefit from draught exclusion which will prevent cold air from entering your property through the walls. Furthermore, the installation process is simple and efficient while you will notice a reduction in your energy bills.

You will only be eligible if your home does not have any cavity wall insulation and if your property is spread over two storeys or less and built before 1982. You will then have approved cavity wall material installed as well as a 25-year guarantee for the cavity installation.

There are only a certain number of energy suppliers who are offering access to this scheme but to qualify, you must be a customer of theirs. You will also be expected to own your home privately or rent it while it must have an EPC rating of A to E. You must also qualify for a range of benefits that can be found in this list below: